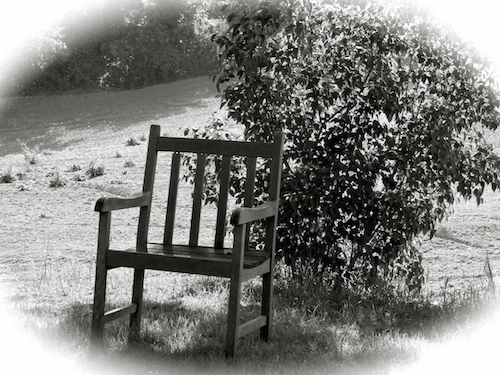 It may sound incredible but I lived the early years of my life without television. This happened because television was not yet available until 1954 and my father bought one only in 1960.

This lack didn’t affect too much our teenagers’ life, because at that time the Christian Democrat Party and the Communist Party provided everyone with TV shows like “Il Musichiere”, ”Lascia o Raddoppia?”, Italian national football team matches and “Il Festival di San Remo”, by setting up television halls in their encounter clubs.

All us boys were wandering from one place to another, attracted, rather than by the ideological and political reasons or by the shows on the small screen, but by our peer girls who were allowed, for the first time, thanks to the television, to go out at night.

But above all, we liked standing in front of the jukebox playing 78 rpm discs of Elvis Presley and Little Richard, which together with pinball machines invaded all Italian bars by the end of 1956.

In the village where I lived, with just over 3 thousand inhabitants, there was only one “sweeper, who picked garbage up and threw it into a “hole”(word used to refer to landfill) next to the houses.

It must be said that, apart from donkey manure and that of, mules and horses, there wasn’t any waste. People used to buy pasta, tomato compote, tuna, salami and mortadella wrapped in sheets of paper of appropriate sizes, oilpaper or yellow paper, depending on the type of the food. For the oil, people brought a little bottle from home and jam and chocolate were just put on our bread slices by the retailer.

The little amount of paper that came into the house was immediately recycled to light fires and cookers, while newspapers were really precious items because of their “softness” and were hung up next to the toilet.

The TV entertainment show “Carosello” was an important tool for the spreading of new consumer products and communal rites in a structural and cultural transition time towards the change of Italy.

That was a boom which not only brought jeans, jukebox and rock-and-roll, but for better or for worse, it was a focal point for our way of living, thinking, consuming and disposing of waste. And so, recycling was put aside, then the habit of using the content and throwing away the package took place.

All us guys enthusiastically plunged into that Italy of towns, cities and many villages, cultivating dreams, hopes and confidence for the possible and impossible. In that Italy, it was a shock for me to witness the wave of the rock-and-roll. During high school, thanks to Bob Dylan and De André, I discovered a new world.

Then I attended university and it was like a cloud of collective dreams for a better world. I graduated from the faculty of Lettere Moderne from the University of Urbino, on June the 26th 1970, with a dissertation in History.

After one year of military service, in 1971 I started working together with professor Werther Angelini thanks to a “ministerial scholarship for scientific and educational training”.

On April the 1st 1974, I left Urbino for Bologna University with the title of “contract researcher” and four years later I became lecturer of Social History and afterwards I became closely linked to this teaching, first becoming associate professor and after full professor.

It may be said that I’ve been Faithful throughout the centuries, although due to teaching needs I taught History of Risorgimento, Modern History and Contemporary History in Bologna as well as in decentralised headquarters of Ravenna and Rimini

Precisely in the seaside town of Rimini, when the third millennium was imminent, I had the chance to promote the activation of a degree course in Cultures and Techniques in Costume and Fashion which I was in charge of for six years, till 2007 (if I remember well), thanks to many people’s complicity.

It has been a very rewarding experience: we had to create everything, almost all colleagues were contract professors and for most of them it was their first experience, the number of students enrolled was increasing exponentially, every year we obtained new locations and when we had offices and classrooms, we were still missing desks and computers.

In other words, we were never bored (apart from difficulties made by an irritated faculty deans!)

Water under the bridge! now I have retired from the 1st of November 2014, after more than 40 years spent at university, 10 thousand tested students (more or less), about 5 hundred graduated students (the majority of them when writing a thesis was still a serious matter), nearly 30 books (monographs and curatorship), a large group of acquaintances and some friends here and there. A long period when I tried to perceive many suggestions: first the ones of Werther Angelini and Lino Marini; then of Renzo Paci e Sergio Anselmi at the time of “Quaderni Storici” and later the interdisciplinary and spacious ones, sometime even provocative suggestions of Franco Della Peruta e Lucio Gambi. Not forgetting the exciting and dialectic friendship with peer colleagues such as Luigi Faccini e Claudio Giovannini, that unfortunately finished too early.

(I do not want to hurt the feelings of colleagues whom I have not mentioned here, because exchange of ideas, cultural and friendship relations with them are still open and on-going).